Nicknamed the “First Lady of Physics” and the “Chinese Madam Curie,” Dr. Chien-Shiung Wu is the perfect example of how 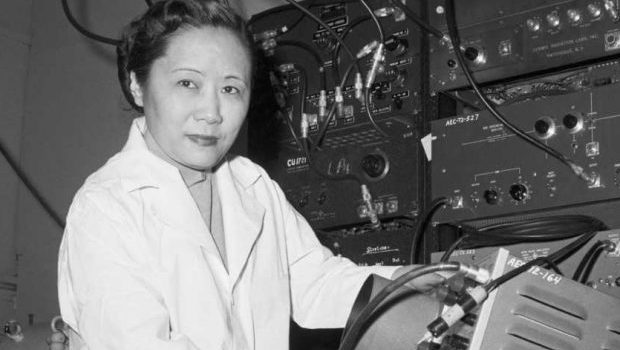 Nicknamed the “First Lady of Physics” and the “Chinese Madam Curie,” Dr. Chien-Shiung Wu is the perfect example of how an intelligent woman can influence the world.

Born in 1912 near Shanghai, China, when it was uncommon to educate girls, Wu’s father believed education was important for everyone and started his own school where his daughter could attend.

Wu went on to study Physics at the National Central University (later Nanjing University), where she graduated at the top of her class in 1934.

After graduation, Wu began working in a physics laboratory, where her advisor was so impressed with her skill, she was encouraged to pursue a Ph.D. in America. With some help from her uncle, Wu arrived in San Francisco in 1936, ready to take on the new world.

Wu earned her Ph.D. in Physics in 1940 from the University of California at Berkeley, under advisor Ernest Lawrence (who won the 1939 Nobel Prize in Physics).

Unable to find work as a researcher, Wu moved to the East Coast and began teaching at Princeton University and Smith College. She joined the Substitute Alloy Materials (SAM) Lab at Columbia University in 1944, becoming a part of the infamous nuclear weapons team, the Manhattan Project. Wu is believed to be the only Chinese American to work on the project.