Because Of Hidden Figures, There’s Now A U.S. State Department Program For Women In STEM

Let’s state the obvious: Hidden Figures was one of 2016’s greatest successes. Not only was the film critically acclaimed and financially successful, 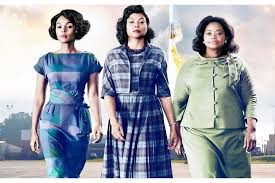 Let’s state the obvious: Hidden Figures was one of 2016’s greatest successes. Not only was the film critically acclaimed and financially successful, but it did the important job of telling the long-ignored story of how three Black women changed the course of history. Now, the legacies of those women — Katherine Johnson, Dorothy Vaughan, and Mary Jackson — will continue to live on. According to The Hollywood Reporter, the U.S. State Department has created an educational exchange for women in STEM inspired by the film.
The program, which is appropriately called #HiddenNoMore, is the first of its kind. It will invite 50 women who work in science, technology, engineering, and math across the world to the United States. The women will spend three weeks traveling around the country and meeting with organizations that promote women in STEM. The #HiddenNoMore program will end in Los Angeles, where Fox, which has donated $400,000 to the program, will host a two-day event for the women.
Read More