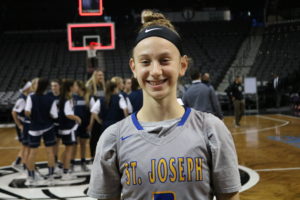 Over the Christmas break, from December 26-28, the Varsity Basketball team attended a tournament called the Diamond State Classic. This tournament was in Wilmington, Delaware, and it was not an ordinary tournament. The tournament was paired with an organization called B+ (Be Positive), and each team was partnered with a child battling cancer. Our B+ child was Christian. Christian is an amazing 14 year old boy who is battling cancer and has recently found out that he is in remission. We went out to eat with him, he sat on our bench during our games, and we even gave him a St. Joseph book bag, jersey, and sneakers. We ended up winning our bracket of the tournament which was a big deal for us and for Christian.

This trip was very emotional and eye-opening for me. Getting to know Christian as a person and a friend was amazing. He is truly an incredible person who is battling for his life everyday and has a more positive attitude than most people. He had an incredible time hanging out with us and watching us play, and we had an amazing time with him. Before our championship game, Coach Toro told us that we were playing this game for Christian. He told us that Christian battles everyday for his life, and if we won this championship for him, it would mean the world to him. This gave us the motivation to go out and play an amazing game that we win by double figures. After the game, we went back to the locker room. When we saw Christian come through the door, we all started chanting his name. The expression of pure happiness on his face was priceless. We had won for him and we all felt amazing.

The mission of the Diamond State Classic is incredible. Their motto is “Shooting for brighter futures,” which completely describes the positive impact that they are making on kids in the area who are battling cancer. I was proud to be a part of this tournament, and even more proud of our team for winning the championship for Christian. I am so thankful that I had the opportunity to meet Christian and be a part of this tournament and its mission. 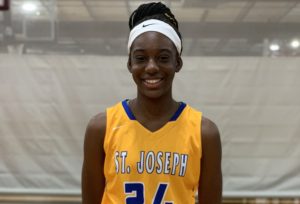 After checking in to our hotel, we went to dinner with  Christian and his mom at a pizza place. It was a lot of fun, everyone was laughing and talking  amongst each other. We also played the game “Heads Up”, which was probably the best part of  the night because we were all bonding and interacting with each other. We took a lot of pictures with Christian, Ms.Prime, Coach Mike, Coach Davis, Coach Jamie and many other chaperones.  Diamond State Classic tournament is a non-profit organization and is a foundation dedicated to providing financial assistance to Special Olympics Delaware, the Andrew McDonough B+ Foundation, and other Delaware charities.

December 27, 2018, was the day of our first game in the Diamond State Classic tournament. We all was ready and dressed by 8:05 A.M. since our game was at 9 and we needed time to warm up. Not to long after we left the hotel, we arrived at the Saint Elizabeth High School, which was where all the games were taking place. As we walked through the building one of the members of the organization introduced himself and gave my fellow teammates and I, and also our chaperones, a bag customized with a basketball player on there. In the bag there was 3 shirts, a blue warm up shirt, a blue t-shirt, and a long sleeve grey shirt with all the schools who are competing in the tournament on the back. There was also a lanyard that says, “Diamond State Classic” along with a quote, “Shooting for Brighter Futures”, and at the bottom either said player or coach.

We won our first game in the tournament! We were all very excited and happy. We changed into our sweatsuits to head back outside on the stands, where we watched a little bit of the next game because whichever team won, we had to play them the next day. As halftime approached there was a half court shooting contest for $1. A lot of us tried and tried until one time Emily, a player on the team, made the shot. She won a t-shirt saying “I made a half court shot”. We then left and headed to Applebee’s to get some lunch. At around 3:00 P.M. we got back to our hotel rooms where everyone went to shower and relax. Later on, we went back to the high school for a ceremony that was being held in the honor of the foundation. Awards were presented to people of great honor for the work they do for the foundation. At 7:00 P.M., the ceremony was done and we were making our way to a place called “Main Events” where there was a lot of arcade games, food and a bar area almost like Dave & Busters. We played a lot of games such as hockey, car racing and etc.

The next morning we headed to a mall nearby. Some of us went shopping and some of us just looked around. My favorite part of being at the mall was when I got my Caramel frappe’ from Starbucks, along with my nuggets and fries from Chic-Fil-A. When we got back we packed our bags and got prepared for check out. We then left to go to our championship game, the very last game in the tournament. We won! We were all very happy and proud of the great work we had put up in order to win this tournament because it meant a lot not only to us but also to Christian. The whole time we were there, everything was dedicated to him because of the strong battle he grows through everyday trying to save his life as a B+ Cancer patient. He was very thankful for us and the gifts we gave him, and mainly for the fact that we was able to make him go home with a championship trophy that night. 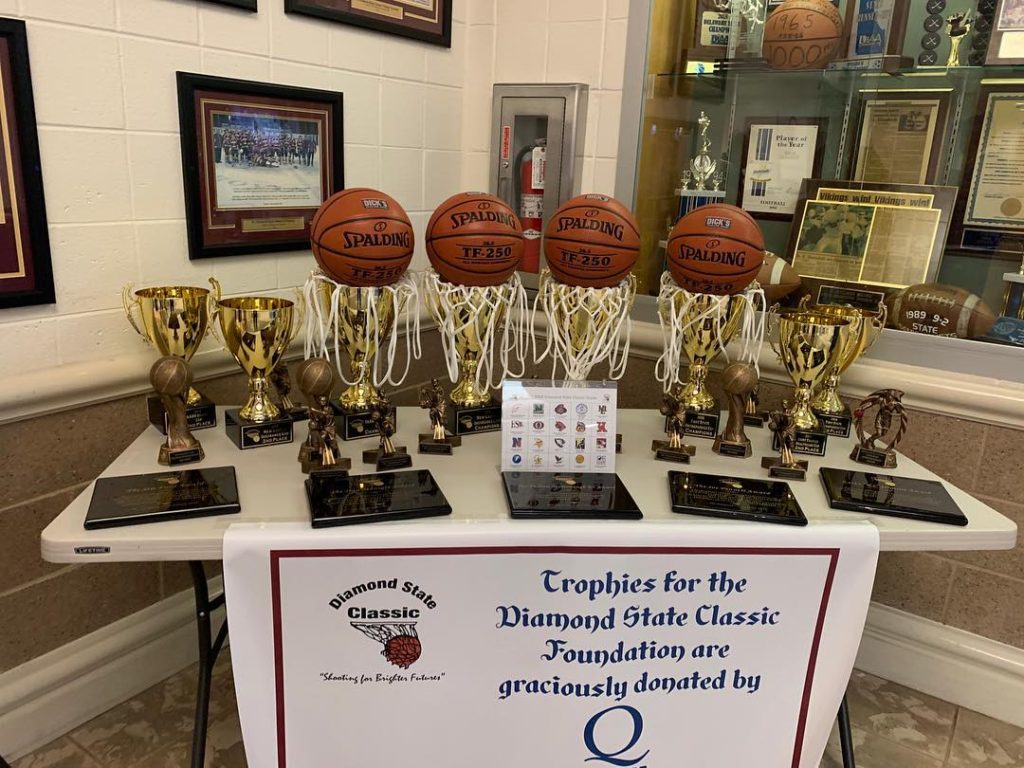