Origami and the Beauty of Math

Drawing on the kitchen floor with chalk, Alex’s cousin showed her different methods to solve problems, opening up the layers of patterns within the numbers and allowing her to see the logic and elegance behind what had appeared to be just a pile of memorized answers.

Ms. Alex  Hu, Geometry teacher at SJHS, loves to tell her students that she repeated kindergarten due to math. Her elementary school required rigorous memorization of math facts, such as times tables, by the end of kindergarten, and she could not remember what seemed to be a meaningless jumble of information.When her cousin, then a high-school student, offered to tutor her, things quickly began to change. Drawing on the kitchen floor with chalk, he showed her different methods to solve problems, opening up the layers of patterns within the numbers and allowing her to see the logic and elegance behind what had appeared to be just a pile of memorized answers. And in learning why the numbers worked the way they did, Alex was able to go back to the dreaded times-tables with a key that unlocked their underlying meaning. 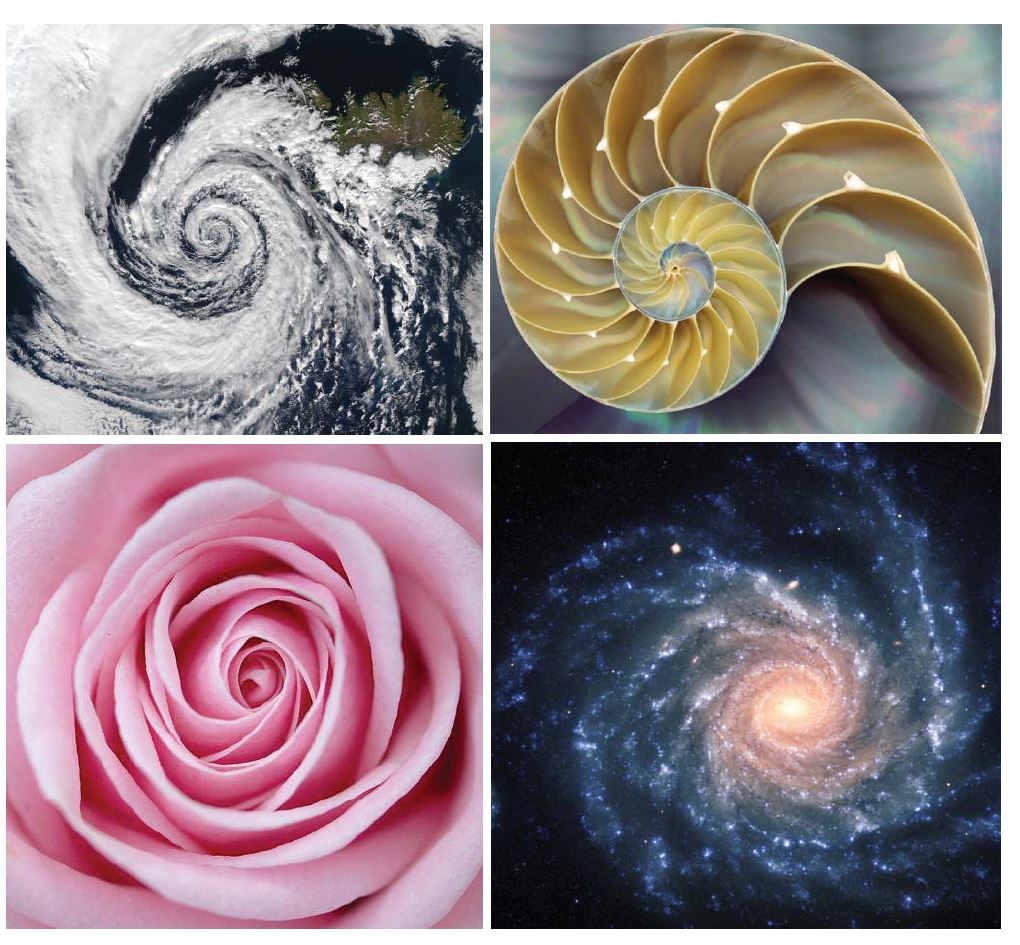 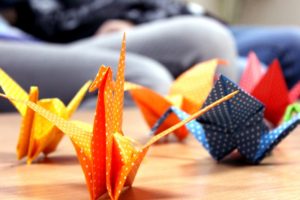 Side by side with this experience were the Saturdays Alex would spend at the library with her mom; early on she discovered beautiful books about origami, and for hours on the weekend she would learn how to fold paper into beautiful figures. Over time she discovered that her newfound love for number patterns and her fascination with geometry were connected to this craft. She saw how origami in fact works based on geometrical principles concerning angles and the relationships between them, replicating the naturally occurring patterns in the universe that lead early geometers on their first quests for knowledge.

This year at SJHS, Ms. Hu decided to offer an Origami Club to any interested students and faculty. The club meets regularly, and over the Christmas season, they used their new skills to create ornaments as gifts and donations. 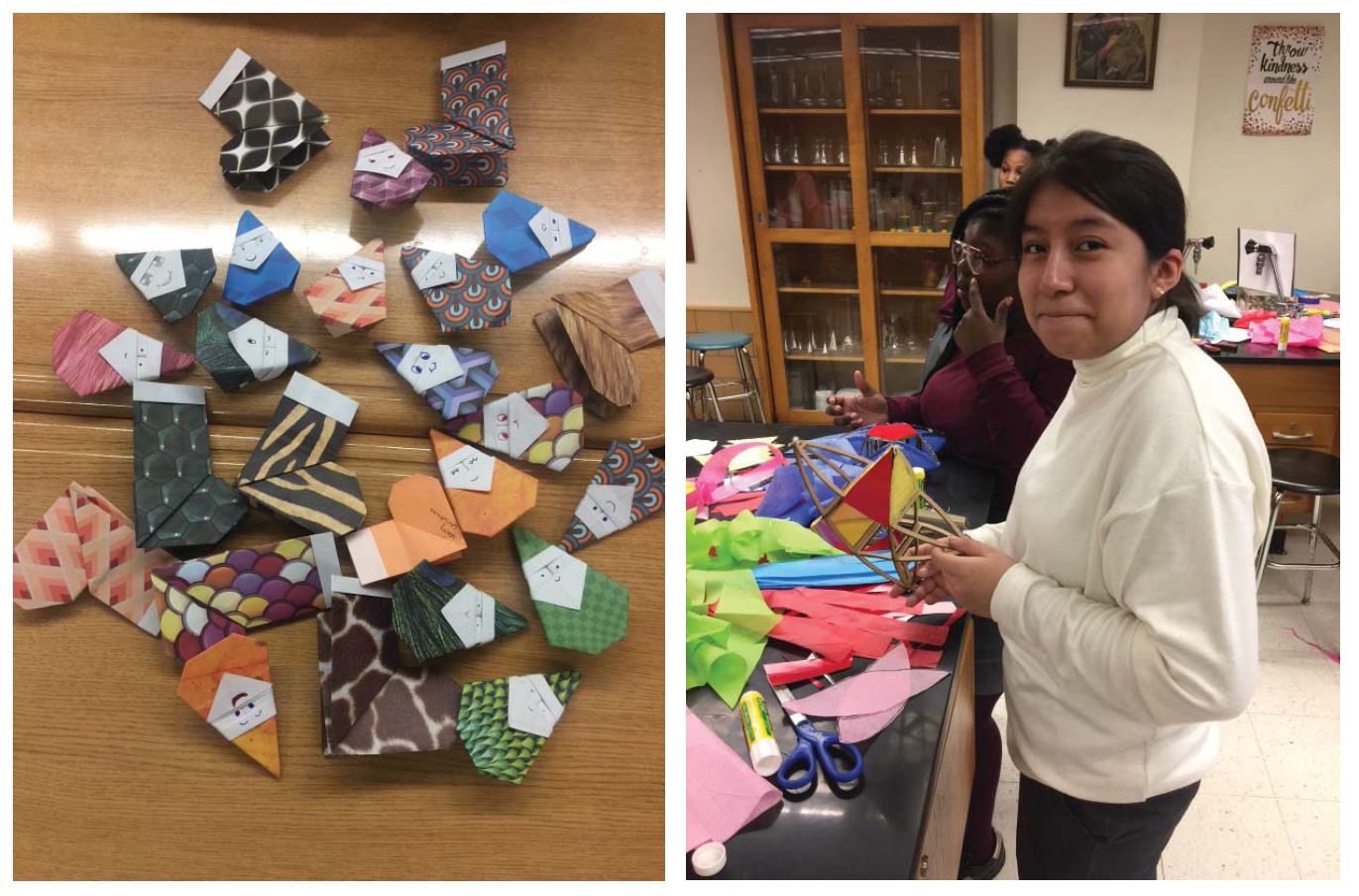 Origami technically refers to the Japanese art of paper folding, and in the US it remains typically associated with Japanese culture. While paper was invented in China, origami most likely came about after Buddhist monks brought paper to Japan in the 6th century AD. The folded flowers, butterflies, animals and other replicas of living creatures were typically used for religious ceremonies, and only became a popular recreation activity later. At the same time, a parallel paper folding tradition was developing in China, as paper became more affordable and available for artistic purposes; traditional Chinese origami, called Zhe Zhi, often featured boats, hats, and pagodas (tiered towers).

Paper folding traditions eventually developed in Europe as well in the 14th century, however the worldwide popularity of traditional origami came about much later when Akira Yoshizawa, a master Japanese origamist, began to publish books of notations in 1954, eventually establishing an international origami center and traveling the world to share his work. Yoshizawa is renowned for having transformed origami from an ancient craft to a living art, creating an estimated 50,000 models, which he exhibited all over the world. 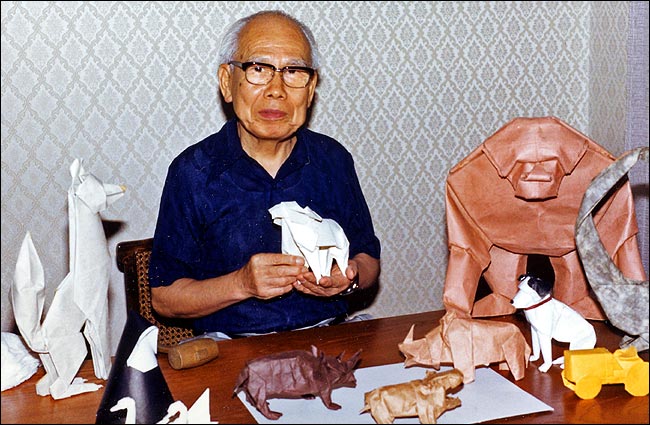 Akira Yoshizawa with some of his origami creations

Of course, not everyone who signs up for Ms. Hu’s origami club at SJHS is so excited about the underlying mathematical basis for the art. Some come to try a new after-school activity; others have always loved working on craft projects; still others want to try their hands at a craft for the first time. However, this popular and fun club allows many students to access a deeper understanding of the heart of geometry in a hands-on and visual way, often without even realizing that this is what they are doing. At the same time, because paper folding traditions have developed differently in different cultures, the club allows students to enter into experiences of how young people (and old!) in cultures all over the world have fun in their free time. Co-curricular activities such as this one epitomize the holistic STEAM program that is so central to the education offered at SJHS, where disciplines like science, math, technology and engineering are integrated with the aesthetic, cultural, and historical elements that give them a deeper beauty and human significance. 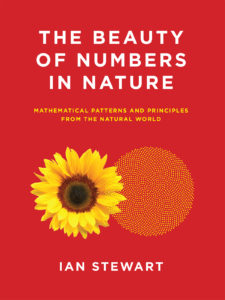 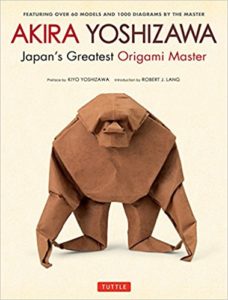 Want to learn more? Check out The Beauty of Numbers in Nature: Mathematical Patterns and Principles from the Natural World by Ian Stewart and Akira Yoshizawa, Japan’s Greatest Origami Master: Featuring over 600 Models and 1000 Diagrams by the Master.