Coming from a variety of backgrounds, 5 SJHS students attended the March with an open mind and an interest in understanding more about the reasons why people engage in pro-life activism.

This January, 5 students attended the annual March For Life on the National Mall in Washington D.C. They traveled with the Diocese of Brooklyn-Queens, and were accompanied by SJHS History teacher and Track coach Mary Gallagher. Coming from a variety of backgrounds, the students attended the March with an open mind and an interest in understanding more about the reasons why people engage in pro-life activism. While they did not all agree completely even amongst each other, each one came away with a deeper awareness of the moral gravity of the subject. 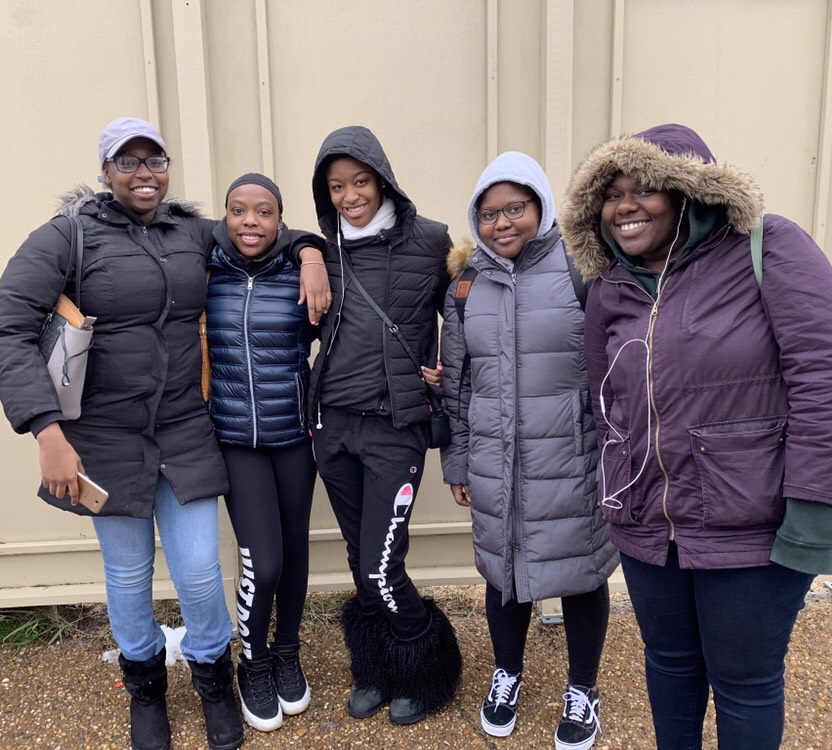 Imani Merlain, ’20 explained that she was able to learn more about what abortion is and how it occurs. “I think that when people go into a clinic, they should first hear about things that can help them and other choices they can make, besides killing an innocent baby,” she said. Her impression is that many parents are not fully informed about alternatives such as adoption. Kadijah Prince, ’20 is a committed pro-life advocate. “Since it was my first time going to a march of any kind, I was excited. I was able to learn about people’s opinions on the topic. When we first arrived we were shown videos of people who had abortions and heard their testimonies. This helped me to understand why some people have abortions, even if I don’t agree with the decision.”

Ashley Beaujuin, ’20 came to the March with an open mind even though she considers herself to be on the fence between the pro-life and pro-choice positions. She came away glad to have had the opportunity to interview some of the other attendees and learn why they had come. Atta Gould, ’19 held a similar point of view when she attended the March for the first time last year. She didn’t know what to expect, and she wanted to see if attending the March would change her mind and help her figure out her own judgement about abortion. “Seeing the posters and images of children who were aborted really changed my mind,” she explained, “I started to look into the issue and realized I agreed with what was being said at the March. If you are thinking about it from a moral standpoint, we are talking about someone’s life at stake. So it’s worth fighting for.”  While she noticed that there were even atheist groups at the March, she was also very happy to be surrounded by so many people who were of the same faith, coming together for something they all felt was important. 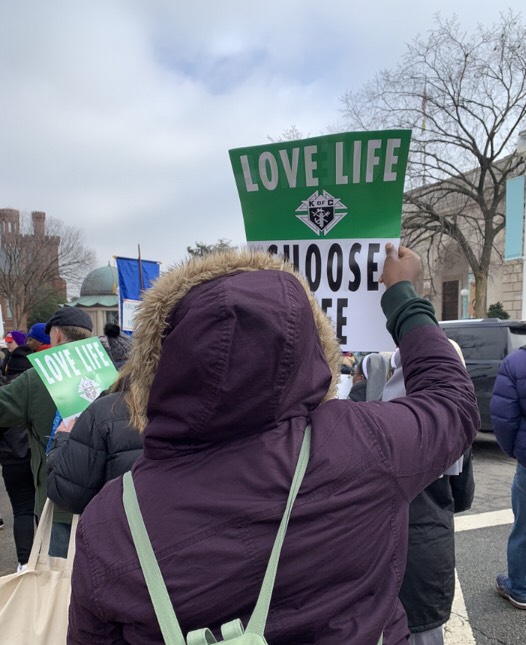 Like the other students who attended, Ashley was uncomfortable with the way the March seemed to be directly connected to the current administration in Washington. At the same time, she said that she did not feel unwelcome there herself. Imani Merlain was similarly skeptical of this aspect of the March, but she said that “the event was very open even to people who do not support President Trump.” Brianna Solomon, ’20 was pleased to find that the attendees came from all parts of society, of all ages and races. Asked what she found most inspiring about the March she explained, “We met a lady who used to perform abortions but she stopped because she realized it was wrong to be part of taking lives.” 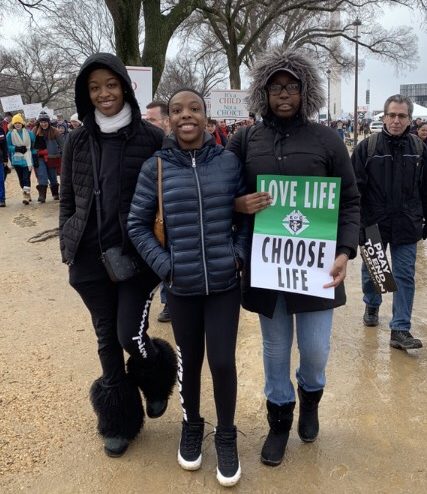 Since everything is interrelated, concern for the protection of nature is also incompatible with the justification of abortion. How can we genuinely teach the importance of concern for other vulnerable beings, however troublesome or inconvenient they may be, if we fail to protect a human embryo, even when its presence is uncomfortable and creates difficulties? “If personal and social sensitivity towards the acceptance of the new life is lost, then other forms of acceptance that are valuable for society also wither away”. — Pope Francis, Laudato Si