The Parkland victims’ recent vocal efforts to increase school safety brought up questions among SJHS students about their own participation in political life and their work for the common good in society, a central responsibility of Christian citizens.

At 10 am on March 14th, 2018, students across the US walked out of class for a 17 minute silent memorial in honor of the victims of the Parkland, FL school shooting. Here at St. Joseph’s we held a school-wide prayer service during the same period. While the prayer service was beautiful, many students wanted to do more.

The Parkland victims’ recent vocal efforts to increase school safety brought up questions among SJHS students about their own participation in political life and their work for the common good in society, a central responsibility of Christian citizens. And so, a group of 20 students visited Ms. Latham with a proposal to re-ignite the Student Government Association at SJHS.

Lay people should also know that it is generally the function of their well-formed Christian conscience to see that the divine law is inscribed in the life of the earthly city; . . . Since they have an active role to play in the whole life of the Church, lay people are not only bound to penetrate the world with a Christian spirit, but are also called to be witnesses to Christ in all things in the midst of human society. 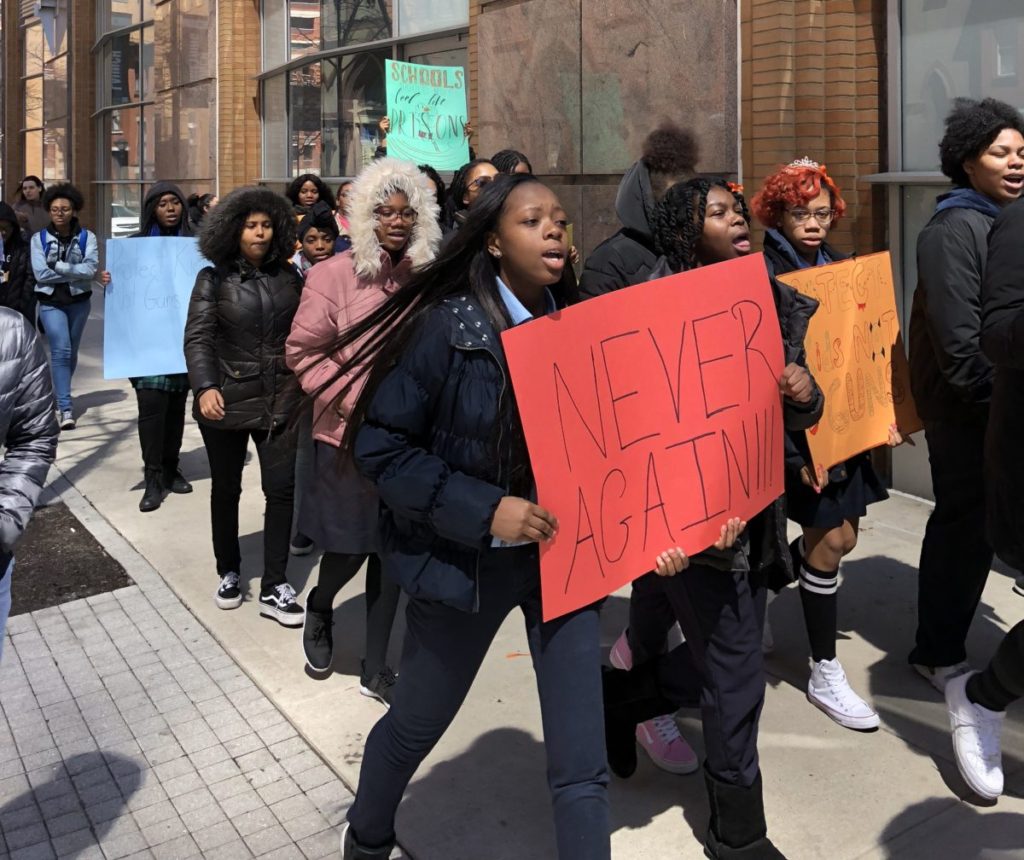 Ms. Latham and several faculty members were impressed by the initiative of these students, who wanted a chance for their voices to be heard in public discussions about how to build healthy, flourishing communities characterized by justice and peace. When the time came for the second country-wide walkout in honor of the Columbine high school victims on April 20th, students had worked collaboratively with peers and teachers to arrange permission and accommodations for a school-wide walkout that included a combination of a march through Downtown Brooklyn, speeches given by students, and a prayer vigil. 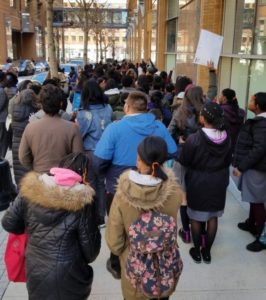 Students such as Johanna Von Maack, Ziyah Myers, and Kayah Fardin, all members of the newly reinstated Student Government Association, used the opportunity to highlight how societal problems such as gun violence affect many communities, and extend beyond the walls of high schools into neighborhoods and homes. Teachers and staff members walked in solidarity with the students, but allowed the students to take the lead in organizing and running the event. The SGA faculty co-moderators, Ms. Elizabeth Peralta and Mr. Dennis Kallo, supported and guided the students’ efforts in planning and preparation in the weeks leading up to the event.

Our redemption has a social dimension because “God, in Christ, redeems not only the individual person, but also . . . social relations. To believe that the Holy Spirit is at work in everyone means realizing that he seeks to penetrate every human situation and all social bonds. . . . Accepting the first proclamation, which invites us to receive God’s love and to love him in return with the very love which is his gift, brings forth in our lives and actions a primary and fundamental response: to desire, seek and protect the good of others. 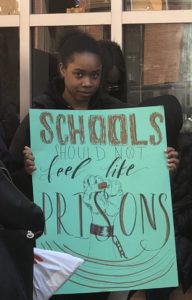 Over the upcoming year, St. Joseph High School will be working to build a full civic education and engagement program through a combination of classroom and co-curricular activities and opportunities. This is thanks to the initiative of our students, who have expressed a desire to understand more fully how to bring their hopes and concerns to the public square, while becoming leaders and engaged community members within the four walls of our school.